Skip to content
By Spamoman
January 20, 2020
Editorial Note: This is a Death Stranding review without spoilers! Going into 2019, I had a few games on my radar I thought could be my Game of the Year. In addition to that, several games were announced and released within the year. Several of these became instant contenders. My personal Game of the Year surprised me, though. Not that I didn’t see this game coming, I just couldn’t imagine how well I would like it. Announced initially by its first trailer at The Game Awards several years ago, Death Stranding was a known entity for quite some time. Despite this, I couldn’t make heads or tails of a single trailer. I had no idea what this game was, but I knew I wanted it. When the game was announced, I did not own a PS4, but I thought this, along with a few more great looking games, could persuade me to buy one. Upon the scene entered God of War, Spider-Man, and Horizon Zero Dawn. Just on those purchases, I felt justified in owning the console. Having been a Nintendo-only guy for several years, the Playstation exclusive had slipped my mind. Shortly before its release date, I suddenly remembered it existed, realized I had the console to play it, and decided to jump in day one. A few minutes in, it jumped ahead of Cadence of Hyrule, Link’s Awakening, Fire Emblem: Three Houses, and every other release for the year. It is now seated in my top three favorite open world games.

As I said, I had many questions going into this game. Many people are still asking one of my initial questions, “What’s Death Stranding About?” The trailers were artistic, but possibly in the most confusing way possible. Unless you poured over them for hours to analyze the minutiae, they won’t really tell you about the game at all. My answer to this question is ironically an answer people often use to denigrate the game. I call it a “Walking Simulator”. This term has gained popularity with naysayers, yet I think as a fan it describes the game perfectly. Death Stranding is open world, and you play the part of a delivery boy for a company called Bridges. There’s a little more to it, but in a nutshell, that’s it.

Being a Porter in this world is one of the most important and dangerous careers one could go for. Most of humanity is hidden underground in bunkers. Only the bravest few venture out due to the world being populated by violent scavengers and invisible monsters. The harsh conditions might be scary, but the real issue lies deeper. If you die in this world, you become one of the monsters, known as a BT, and attract more to your location. Somehow Hideo Kojima took the idea of a delivery boy and made it the world’s most badass career. It makes you feel epic to overcome the shit storm that is America after a horrifying apocalypse. Not only because of what you are doing, but HOW you are doing it. In addition to an epic setting with high stakes, the game introduces a plethora of unforgettable characters. Each one has something unique to offer, whether it is a tragic history, a problematic past, or an unknown motivation to keep getting in your way. Death Stranding characters are ones you can really care for in a way most games don’t quite reach.

Why It’s a Masterpiece

Now that we’ve got an idea of what’s going on in the game, let’s get to why Death Stranding is a masterpiece. It has some interesting plot foundations, but does that make Death Stranding Game of the Year? In my opinion, it is worthy because of the way this story-forward structure mingles with the phenomenal open world gameplay. This game utilizes the Horizon Zero Dawn engine. I think it is fair to say this engine has proven itself among the greatest for open world gameplay. The physics feel natural, and its ability to cling to awe inspiring graphics is nigh unparalleled. 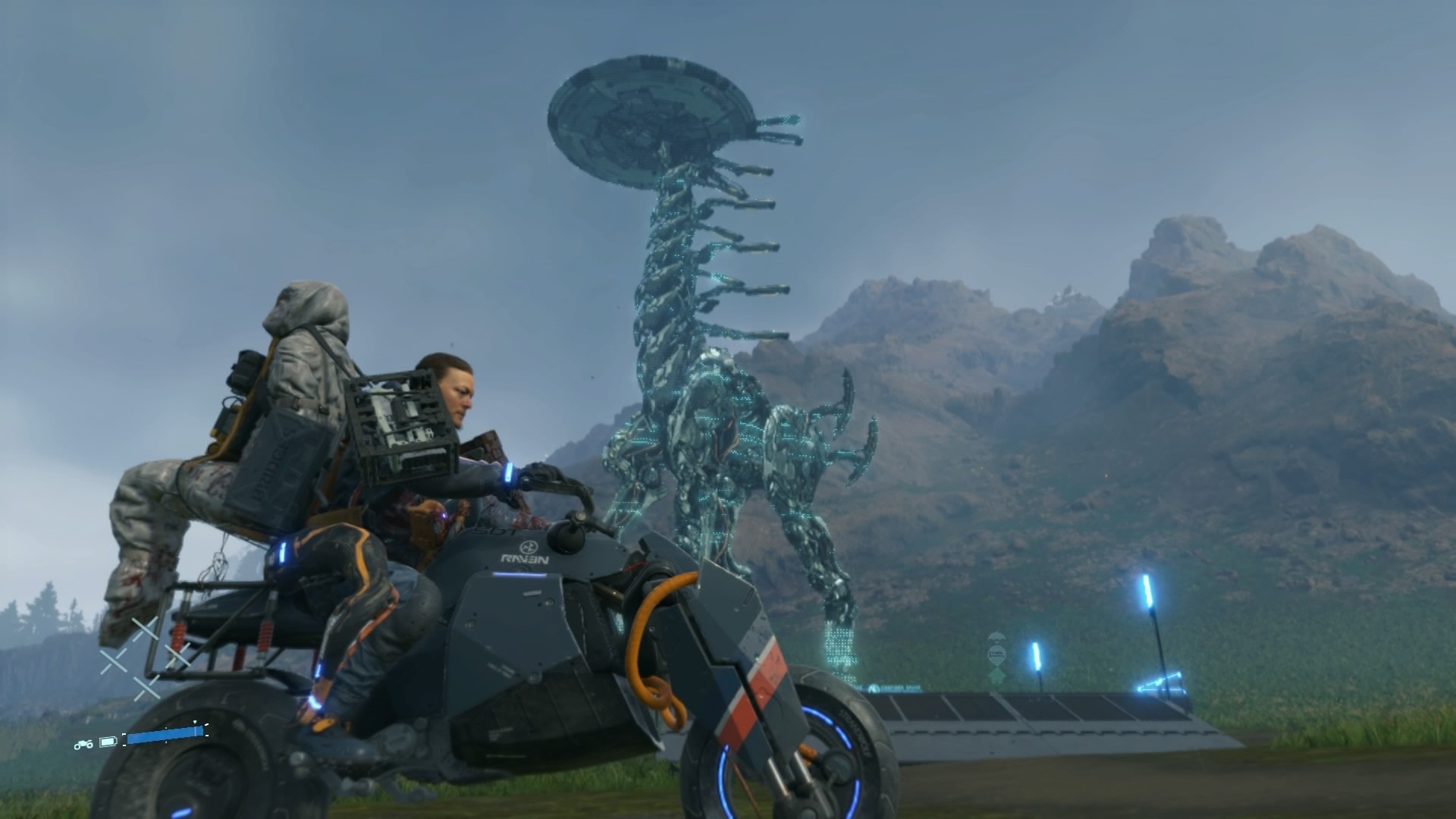 Beyond just the visually stunning vistas and richly detailed environments, character modeling and animation is top of its class. The models are all based on the voice actors themselves. This brings in an unheard of sense of realism. Not only hearing Norman Reedus speak, but seeing him in game goes an extra step further to immerse the players. Despite taking great advantage of what came before, Death Stranding vs. Horizon Zero Dawn to me is night vs. day. It builds upon the groundwork Horizon set up and creates an overall experience that is miles ahead.

Horizon had a fantastic sense of exploration, but in certain cases you were constrained to walled-in areas. It felt like you had to progress in a linear fashion. You could only explore within the area the game let you at any given time. It was like 10 medium sandboxes stapled together instead of one gigantic one. Death Stranding addresses this issue by leaving the world entirely without borders. Even where it would appear in any other game that you have hit an impasse, you can go around another route, set up a ladder or a climbing rope, or often just find a creative way around the terrain in order to go wherever you want whenever you want. 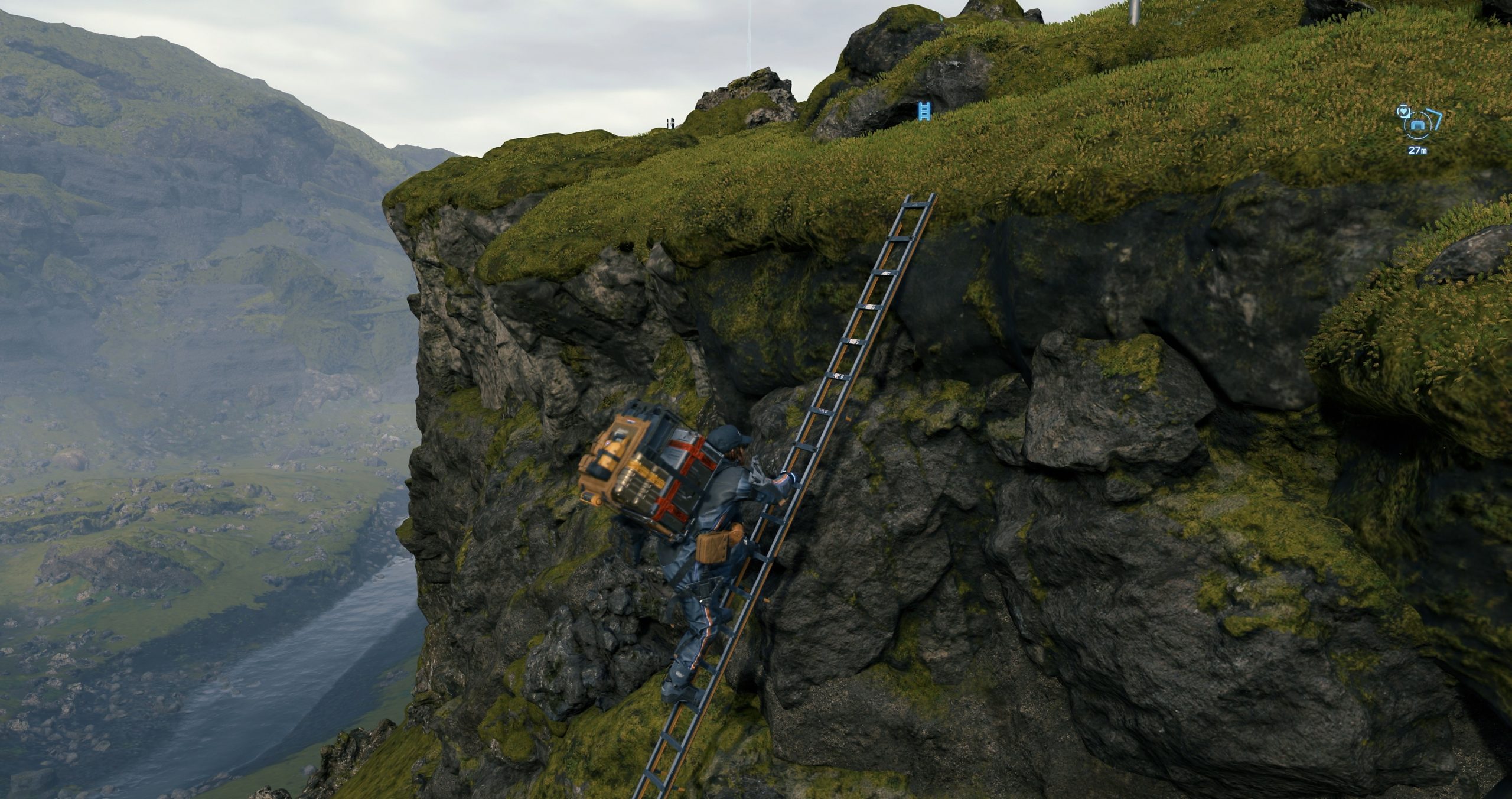 The gameplay is driven entirely by exploration. There is minimal focus on combat, but between the action and horror elements, combat is still immeasurably fun. This is because it is not treated as combat alone. In any other game, you fight because that’s what you are expected to do in video games. Whenever you have to fight in Death Stranding, it feels more like an obstacle to overcome. BT areas and camps full of scavengers can be circumvented entirely in most cases. So do you go through the tougher terrain or fight a couple monsters? The choice is yours, and whatever you decide makes the adventure unique to your play through. The only other game to create such a feeling for me was The Legend of Zelda: Breath of the Wild. These two are very difficult to compare, but my favorite part of each game overlaps. They stand out because exploration IS the game. No matter your exact objective in either title, you accomplish it by moving from point A to point B in any one of a million possible ways. The two games are alike because you are continuously finding a new way to go, even when revisiting locations. Navigating the terrain is the challenge most of the time, balanced out perfectly with interspersed combat or stealth segments. 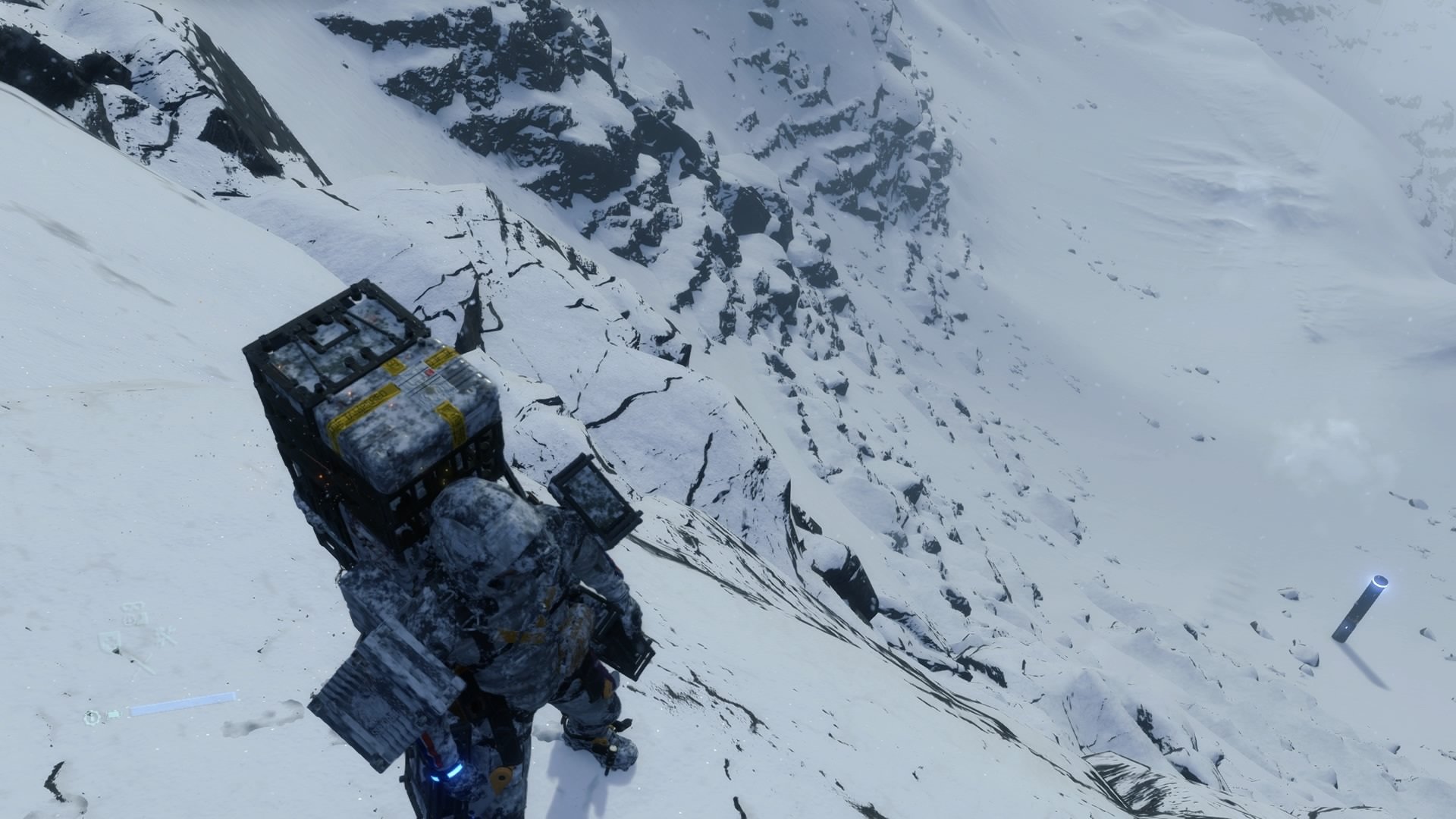 That all said, “how is the Death Stranding soundtrack?” you might ask. Some criticize it for being fluffed out with licensed songs from artists unrelated to the game. I think it worked out marvelously, and was a nice change of pace from ordinary game soundtracks. Most of the game’s soundtrack is relatively blank, and it relied on environmental sound design to bring you into the world more than music. Then occasionally it adds a song to compliment the final stretch of your journey to a specific location. It feels great because the song kind of reassures you that you have been doing good to make it this far, and helps you go the final meters to get that load off your back. Literally and figuratively. I know it is a little late for Game of the Year discussions, forgive me, the holidays were busy. Even so, I cannot understate the feeling of awe instilled in me by this game. It is the best time I have had so far on PS4, and one of the best open world experiences ever crafted. Is it worth it? Yes, it’s worth a buy! Did you play the game? Have any thoughts on it? Or is it a game you haven’t decided to get yet and you have some questions? Whatever your experience or opinions for this game, let us know in the comments or on Twitter. Let’s keep the conversation spewing!